Our mission is to realize the promise of precision medicines to help patients with cancer lead better, longer lives.

At Kura Oncology, we are committed to realizing the promise of precision medicines for the treatment of cancer.

The genomics revolution is transforming how we treat cancer. We now understand that a patient’s response to treatment depends in part on the cancer’s genetic makeup. This new era of precision medicine offers the potential for innovative treatments that are safer and more effective for patients with certain cancers.

We are advancing a pipeline of precision medicines for the treatment of solid tumors and blood cancers. Our small-molecule drug candidates target signaling pathways and other drivers of cancer where there is a strong scientific and clinical rationale to improve outcomes by identifying those patients most likely to benefit from treatment.

Our goal is to help patients with cancer lead better, longer lives.

“We’re living in the golden age of oncology, and I believe that cancer will become a manageable condition within our lifetime.”
–Troy Wilson, President and CEO, Kura Oncology 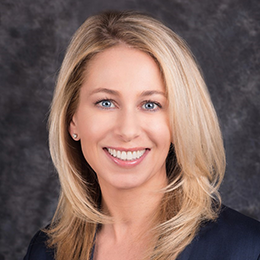 Mr. Hasnain has served as a member of our Board of Directors since April 2015. Mr. Hasnain served as President, Chief Executive Officer and a director of Receptos, Inc. from November 2010 until the company’s acquisition by Celgene Corporation in August 2015. Prior to joining Receptos, Mr. Hasnain was the President and Chief Executive Officer and a director of Facet Biotech Corporation, a biology driven antibody company with a focus in multiple sclerosis and oncology. He held that position from December 2008 until the company’s acquisition by Abbott Laboratories in April 2010. Previously, Mr. Hasnain was President, Chief Executive Officer and a director of PDL BioPharma, Inc. from October 2008 until Facet Biotech was spun off from PDL BioPharma in December 2008. From October 2004 to September 2008, Mr. Hasnain served at Biogen Idec Inc., a biotechnology company specializing in neurological disorders, autoimmune disorders and cancer, most recently as Executive Vice President in charge of the oncology/rheumatology strategic business unit. Prior to Biogen Idec, Mr. Hasnain held roles with Bristol Myers Squibb, where he was President of the Oncology Therapeutics Network, and for 14 years at GlaxoSmithKline and its predecessor organizations. He has been Chairman of the Board of Sente, Inc. since 2008, Chairman of the Board of Tocagen Inc. since November 2014 and member of the Board of Directors of Vital Therapies, Inc, since August 2016. He previously served as Chairman of the Board of Ambit Biosciences Corporation and served as a member of the Board of Directors of Tercica, Inc., Aragon Pharmaceuticals and Somaxon Pharmaceuticals, Inc. Mr. Hasnain received a B.H.K. and B.Ed. from the University of Windsor Ontario in Canada.

Dr. Collins joined our Board of Directors in July 2021, with more than 25 years of experience in medical oncology/hematology. Most recently, she served as Executive Vice President and Chief Medical Officer at Five Prime Therapeutics, overseeing the development of bemarituzumab, a first-in-class anti-FGFR2b antibody for the treatment of patients with gastric cancer, until the company’s acquisition by Amgen in April 2021. Previously, Dr. Collins held positions of increasing responsibility at Gilead Sciences, most recently as Program and Clinical Lead for Gilead’s GS-5829 (BET inhibitor) and GS-4059 (BTK inhibitor) programs, and Amgen, most recently as Global Lead of Oncology Biosimilars. Prior to her career in the biopharma industry, Dr. Collins practiced as a medical oncologist/hematologist for 12 years. She earned her M.D. from Johns Hopkins University School of Medicine, completing her residency at Johns Hopkins Hospital and oncology fellowship at Stanford University School of Medicine, and her B.A. from Bryn Mawr College.

Ms. Parks joined the board of directors in October 2019 with more than 30 years of commercial experience in the pharmaceutical and biotechnology industries. Most recently, she served as Senior Vice President, Head of U.S. Commercial for Kite Pharma (acquired by Gilead for $11.9 billion), where she developed and executed the strategic plan for the commercial launch of Yescarta®, the first CAR-T therapy approved for large B-cell lymphoma. Previously, Ms. Parks served as Vice President, Head of Global Marketing for Pharmacyclics (acquired by Abbvie for $21 billion), where she was responsible for the marketing strategy and launch of Imbruvica®. Before that, she served as Vice President, Sales for Amgen, where she successfully led the Hospital and Nephrology sales teams. In addition, she served as Senior Vice President, Specialty Biotherapeutics and Managed Care for Genentech (acquired by Roche for $46.8 billion). She currently serves on the boards of Calliditas Therapeutics, Soligenix, TriSalus Life Sciences and CTI BioPharma Corp. and Celularity Inc. Ms. Parks earned an MBA from Georgia State University and a BS from Kansas State University.

Ms. Schafer joined our Board of Directors in June 2021, with more than 25 years of experience in healthcare investment banking. She is currently the Managing Partner at Hyphen Advisors. Ms. Schafer previously served as Vice Chair, Equity Capital Markets at Wells Fargo Securities from 2007 to 2018, where she oversaw more than 200 transactions that raised nearly $90 billion in proceeds. Prior to that, Ms. Schafer served as Vice President of Finance and Business Development at Lexicon Pharmaceuticals from 2003 to 2007. Earlier, she held positions of increasing responsibility at J.P. Morgan, most recently serving as Managing Director of Equity Capital Markets. Ms. Schafer currently serves on the board of directors of Insmed and Repare Therapeutics, and she previously served on the board of Five Prime Therapeutics until its acquisition by Amgen in April 2021. She holds an M.B.A from New York University’s Stern School of Business and a B.A. from Boston College.

Dr. Stein has served as a member of our Board of Directors since January 2017. Dr. Stein currently serves as Executive Vice President, Chief Medical Officer of Incyte Corporation. Dr. Stein joined Incyte as Senior Vice President and Chief Medical Officer in March 2015, and has over 10 years of experience in clinical development and regulatory interactions. Dr. Stein joined Incyte from Novartis Pharmaceuticals Corporation, where he most recently served as Senior Vice President, US Clinical Development & Medical Affairs at Novartis Oncology US. Dr. Stein previously worked at GlaxoSmithKline as Vice President, Global Oncology, Clinical Development and also as Head of Medicines Development for Hematology and Supportive Care. Dr. Stein currently serves on the board of directors of Theseus Pharmaceuticals. Dr. Stein earned his MD from the University of Witwatersrand in Johannesburg, South Africa.

Ms. Szela joined our board of directors in November 2018 with more than 30 years of experience as an executive in the biotechnology and pharmaceutical industry. She is currently the Chief Executive Officer and President of TriSalus Life Sciences, a company developing technologies to deliver immune oncology agents to solid tumors in high mortality cancers. Previously, she was Chief Executive Officer of Novelion Therapeutics, where she executed the merger of Aegerion Pharmaceuticals and QLT Therapeutics, and Melinta Therapeutics. Earlier, Ms. Szela spent 25 years at Abbott Laboratories, where she held a number of ascending leadership positions, including President of Abbott’s $8 billion U.S. Pharmaceuticals business. Ms. Szela has previously served on the board of Receptos, acquired by Celgene for $7.2 billion in July 2015, and Novo Nordisk, a Danish multinational pharmaceutical company. She currently serves on the board of Coherus Biosciences, Alimera Sciences and TriSalus Life Sciences. Ms. Szela earned an MBA and a bachelor’s degree in nursing from the University of Illinois.

And thus, we chose the name “Kura” as a link to our past efforts to discover and develop drugs and a metaphor for the central signaling pathways that drive cancer.

The Story Behind Our Name
Scroll to top